In February, this little creature came into our lives. 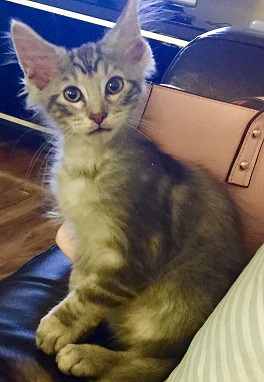 Born in early November last year, he arrived from the breeder a bit worse for wear: our local vet confirmed he was underweight and treated him for an evidenced flea infestation and a suspected case of worms.

But with lots of TLC (not to mention sleep and food)… 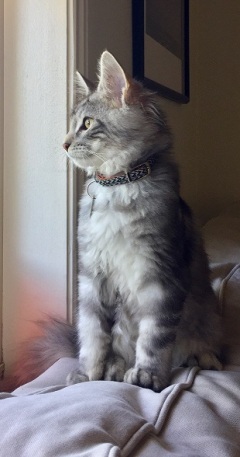 Such a funny, sweet creature, who chirrups and chats away. Considering Mainecoons can reach up to 16kg, let’s hope he stays that way 🙂 .

I chatted to this chap while riding the spectacular Tadami Line in the Fukushima Prefecture of Japan in January. He has travelled all over the world and, now retired, loves to travel on the Japanese rail network on his pensioner’s card. He told me that he is 84 but climbed Mt Kilimanjaro when he was 75: “Three days up, two days down. Climbing Mt Fuji is a lot easier.”

While we were talking he smiled a lot with his spectacular gold-filled teeth, but when he posed for me to take his picture, he struck a more serious look.

Traveller on the Tadami Line

The friendly, helpful staff at Kanazawa Station Visitors’ Centre advised me not to attempt a day trip to the Snow Monkeys from Kanazawa. Not unsound advice, but I ignored it anyway (as I only had time for a day trip) and caught the 8:58am Hakutaka567 Shinkansen (bullet train) from Kanazawa to Nagano. On arrival at Nagano Station, after asking directions, I flew down a couple of escalators and bought a day pass to the Jigokudani Yaen-Koen. The pass included the return trip on the local Yukemuri express train (or the express bus) between Nagano and Yudanaka on the Nagano Dentetsu line, the local bus between Yudanaka Station and the park entrance, as well as admission to the park.

From the local bus stop to the park main entrance, it’s a short uphill walk along the road, and once you’re in the park, you climb a set of stairs, walk approximately 1.6km through the forest, and then climb another set of stairs at the end of the trail to reach the macaques.

The park’s visitor advisories stress that visitors ensure they wear appropriate footwear, but humans being what they are ignore advice when it doesn’t suit them (yes, I know, I ignored advice not to attempt the day trip), and I saw many people attempting to walk the snow- and ice-laden forest trail in the most ridiculous footwear, including one chap in sandals and socks.

The walk is beautiful but quite treacherous even for those in sensible footwear. You need to watch out for iced sections; I saw people land flat on their backs without warning. And while the unfenced forest drop-off is not exactly sheer, it is precipitous, and you’d need rescuing with ropes if you slipped on the ice and disappeared over the edge, so a good sense of balance comes in handy. And bear in mind that you’re walking at altitude, even if it’s only 850m, so you need at least a basic level of cardiovascular fitness. Many visitors seemed to struggle along the way.

Is it worth it? 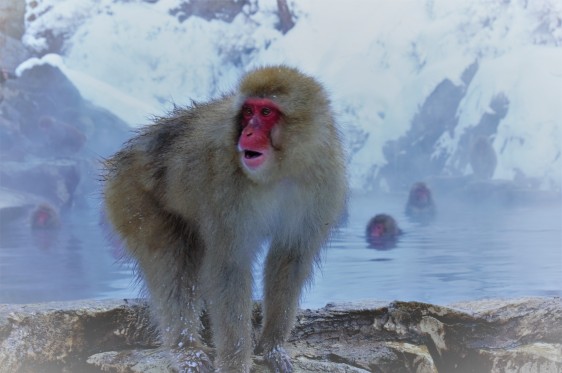 The monkeys are utterly fascinating to watch, particularly those bathing in sleepy bliss in the hot spring, and I wish I’d had the time to observe them for a bit longer.

However, it’s not quite the scene of simian serenity depicted in the brochures. It’s not so much disturbed by the constantly scrapping, screeching macaque troupe romping about in the surrounding snow, but rather by their human cousins behaving badly. Contrary to the blurbs that advise that the monkeys ignore humans, this is not what I observed, and my guess is that the situation has developed due to our endless stupidity. The park provides many clear warnings to visitors to not bring packets or foods into the area and to not attempt to interact with the monkeys in any way, all of which were ignored by some people on the day I was there. I watched as a macaque went for a girl who attempted to retrieve a torn packet of junk food rubbish from him. Another bystander amused himself by throwing snowballs at the animal, which it blocked with a fascinating human-like action. And the way that macaque sat and stared long and hard after the idiot as he walked off down the path chilled me to the bone.

Jigokudani means ‘Valley of Hell’, and in Jigokudani Yaen-Koen, Hell is other people.

A few things to note if you’re planning a similar visit:

I do not know

This silence, the silence 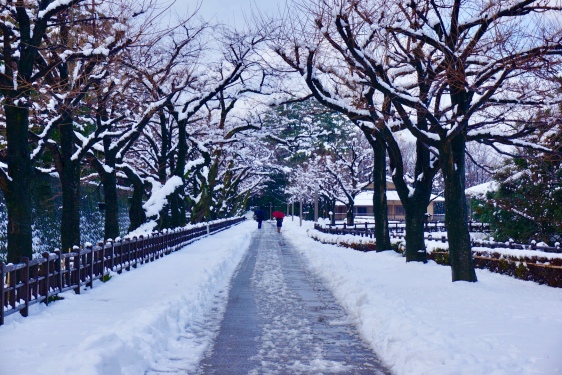 Since then I’ve changed jobs and finished my degree.

And the world seems to have gone quite mad.

At least the Blogosphere is still turning. 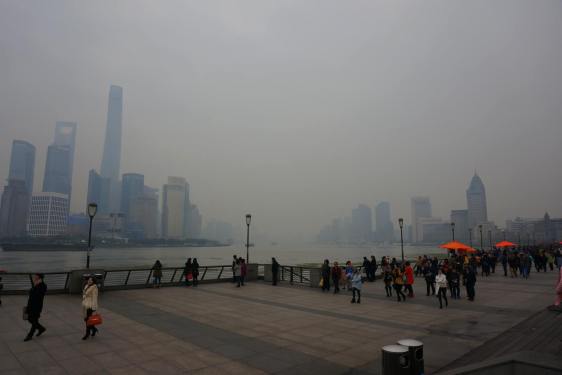 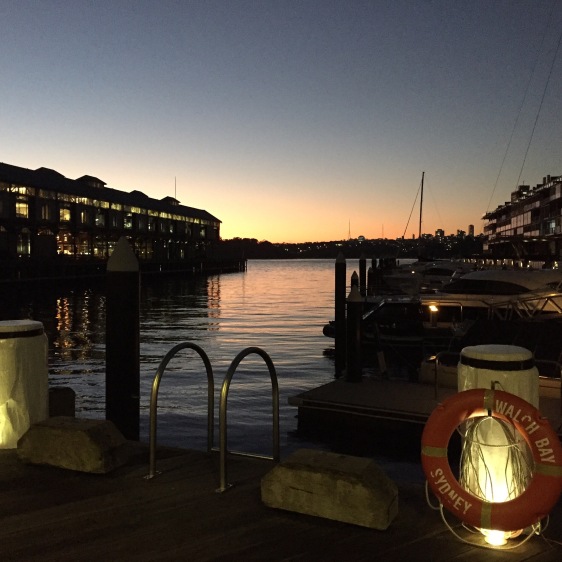 My work meeting finished at 4pm. I still had minutes to type but was also due to meet a friend for dinner and the theatre at 6:30pm on the other side of The Bridge.

Anybody who lives in Sydney knows that trying to get across the Sydney Harbour Bridge by car into the city from 5pm onwards gobbles time. So I made the journey at 4 and typed the minutes here. A lovely way to end the work day.

Concealed in the sameness
the faded blue suit
Clark Kent by day
Who cares, who cares to look?

But out there
when darkness falls
it’s kite-flying breathtaking riddles
out of dayshadows, an infinite teasing
of zetetic minds
unphysics exploding: