Cynthia Jobin, over at  littleoldladywho.net, is one of the finest poets I’ve read. Her poems are exquisitely crafted, evocative, and at times wonderfully mischievous.

A recent poem of Cynthia’s – The Palpable Obscure – is a spine-tingling evocation of the ongoing mystification endured by those of us who have experienced the death of a loved one.  In it, she writes:

“Once a day, at least, I stop to wonder
where you are.”

Is this puzzlement not at the very heart of the Human Condition?

Did you see them watching you
and whispering in your ear?
When you took your final journey,
did you know that they were there?

Did you sense that we were not?
No-one can ever know,
yet child-like we still ask ourselves –
that day, where did you go?

Powered by Mysterious Blobs of Jelly

I’m not sure why the change, but since a few decades ago, no longer do I sit white-knuckled in the belly of those big mechanical birds as they defy gravity. Perhaps it’s something to do with my attitude to death. I’m no nihilist, but I don’t necessarily view death in a negative light. My death, that is. The death of others is quite another matter.

The morning after MH17 was shot down, I flew long-haul. I thought not of plane crashes but of the shocking consequences of war, its terrible futility and the immense trauma and devastation that it invariably causes to human lives; of those people left behind, forever suffering the reality of the obliteration of their loved ones. And how this suffering so often leads to an ongoing cycle of violence.

In my hotel room, on the BBC News channel, night after night, images of the crash site alternated with sickening images of Gaza. How to make sense of the human that strolls casually amongst the mutilated dead, picking through aircraft wreckage and strewn personal belongings as if he were evaluating fruit at the local market. And of the human that bombs sleeping children as if crop-spraying pests. How do we get to this?

A week later, on my way to Tân Sơn Nhất International Airport for my flight home, my hosts, who insisted on accompanying me in the taxi to the airport, chatted with the taxi-driver in Vietnamese. I heard the word “Malaysia” and asked if they were talking about plane crashes. They were. And they expressed their alarm that there had been three in one week. I thanked them for their tact, and we all laughed.

Once boarded, I started reading The Sorrow of War by Bao Ninh, and thoughts of the taxi conversation were forgotten as the book caused me to reflect on how human memory and the subconscious mind work both for and against us in life: the need for revenge versus the need for peace; how we dehumanize “the other side” to make ourselves feel better about what we do and about humanity as a whole; and how memories play a role in our undoing.

Eventually I slept but was bedeviled by catastrophic dreams – we ditched in the South China Sea, a flotilla of boats waiting to rescue us; we made an emergency landing in a busy city street, the fuel-laden left wing barely missing an advertising bollard; I rescued long-dead loved ones from a burning wreckage in a field of sunflowers..
.. the subconscious mind doing its best to exert control over that over which we have little.

But war does not just happen; it is made by humans, the likes of you and me.

We’ve had this one before, and I am studying for an exam, so a re-post this week. For more entries to this week’s WPC, see The Daily Post.

is the breath between
life and death,
the laughter between
the light and hereafter,
the whispers
between love and fractures.

Between
the glass reflections
float words consequential,
some, kind, reverential,
others, profane and mean,
drifting down, unseen,

on matchstick people
and their matchbox lives

Take care
with the words
between

For more entries to this week’s photo challenge, see The Daily Post. 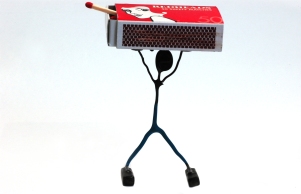 ‘In a dark time, the eye begins to see’
Theodore Roethke

Someone who’s definitely not suffering from a dearth of inspiration at the moment is artist (and hidden poet) Bénédicte Delachanal.

Check out her wonderfully humorous marriage of art and words as she tackles this month’s NaPoWriMo challenge. C’est une joie. 😀

We know
it’s our unclaimed baggage
at the station,

more than a few lockers full.

We don’t go there,
travel light,

well enough,
without it.

But impossible journeys
plague
our dreams.

So many days
we are beyond bereft

at some ancient
god’s puzzled mumbles
beneath the night lamp,

his tremulous finger-fumbles
with jigsaw fragments
of our lives,

his fearful look of surprise
at the countless missing pieces
of his Master Plan,

unaware of the devil dog
chewing at his feet.

Trapped inside a system of prejudice 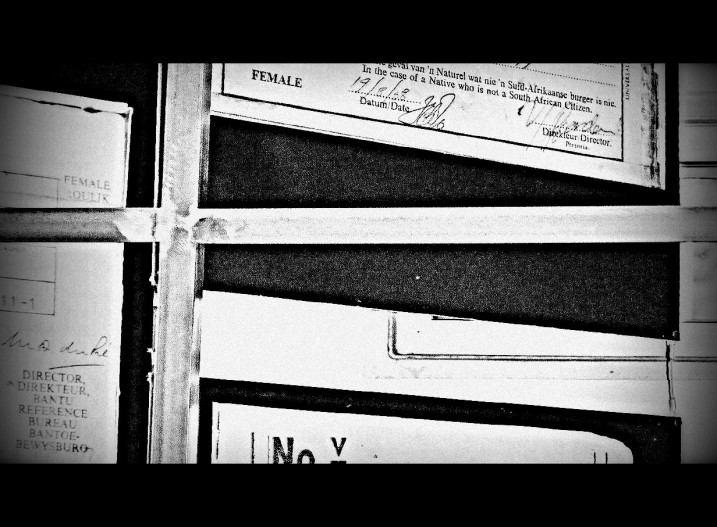 Conflagration, radiation,
man made this abomination.

Cessation, condemnation?
War has no such aspiration.

Obliteration, extermination,
then,
our final destination.

For more entries to this week’s photo challenge, see The Daily Post at WordPress.com

The shadows draw long
through our limbs,
impoverished pulses from
indolent hearts carve us
tragic sinkholes for eyes; we are sallow
spectres in the night–
mirror, painting ourselves
in dishwater tincture
for dream-time, a sludge palette
of effete sorrow.

Until abstraction
manifests from the canvas
and chokes us by the throat,
we do not know gratitude.

I try to keep warm
in the memory of you

But within embered years
a cold truth lies
beneath aphoristic ashes –
“Time heals all wounds”,
“This too shall pass” –

Over my dead body, perhaps.

the indifference
of passing feet,
tossed flint-eyed scraps,
nest of a broadsheet

The bird
doesn’t mind
existence
on the streets

‘Night and Fog‘ their silencer

the dark, those monsters

under the bed, first day

you in the sandpit

and hell-to-pay for jumping in every puddle on your way home,

men in hearses and dark

not running solo, nor flying, but

an umbrella on the wind – cruel and unusual,

old man on the street corner –

a broken headlamp in the rear-view

and then, you know, the death of a parent,

that your actions caused this –

not of your own shadow but

of your own screaming,

the death of dreams, sadness